People ask it all the time: what was the old Howrse like? Why do the old players always lament its death? What did we miss out on?
I wasn't an active player back then- on the contrary, I barely played enough to know how everything worked. I was, after all, only seven. :p I was capable of playing the game correctly at that age, but I wasn't very immersed- plus it was hard when my only access to the internet was a beat up little Android 2.0 tablet that took fifteen minutes to load the login page , lol.
I didn't really pay any attention to rankings or other players or anything, which is probably why I really can't remember the CraXoR scandal that people talk about. But I will do my best to show you what it was like.

In general, here's a few things that have really changed since Howrse started. For the sake of keeping the sentences short enough to fit on one line I worded them like those "I am a Howrse original" banners, but I'm not necessarily talking about me.

The original, 2007 Howrse (V1 I call it) had a very hard to navigate picture menu, and it had a green background with a seamless repeating background of horse outlines. Instead of objectives like we have now with V3, or Riding Levels/Achievements like we had in V2, we had something called Deadlines. With Deadlines, you had to do absolutely nothing. You just played until X seniority and got a free thing for doing so, and the deadlines were rather close together too, so you got a lot of free stuff. The horses were the original coat back then, and we had no unicorns...  we had hardly any BMIs, in fact I can't remember if we even had a black market at first. Your reserve was only displayed on the home page, and not the top of every page. I can't remember if there were passes at first or not, because I never really would have cared at that point. To be honest, that's all I can remember about the very first Howrse, but I hope those that do remember will let me know so I can fix this or leave a comment. I do have a screenshot of what it looked like though- a couple of them: 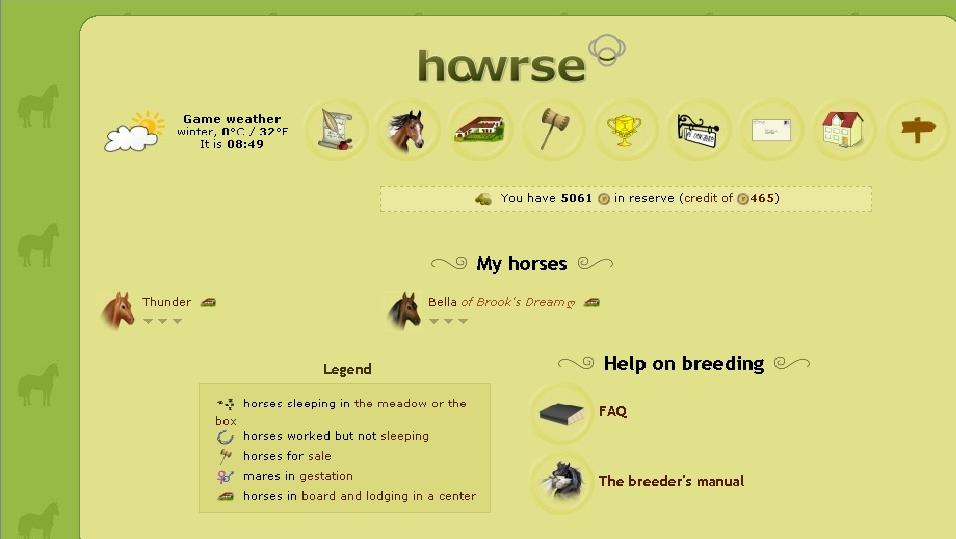 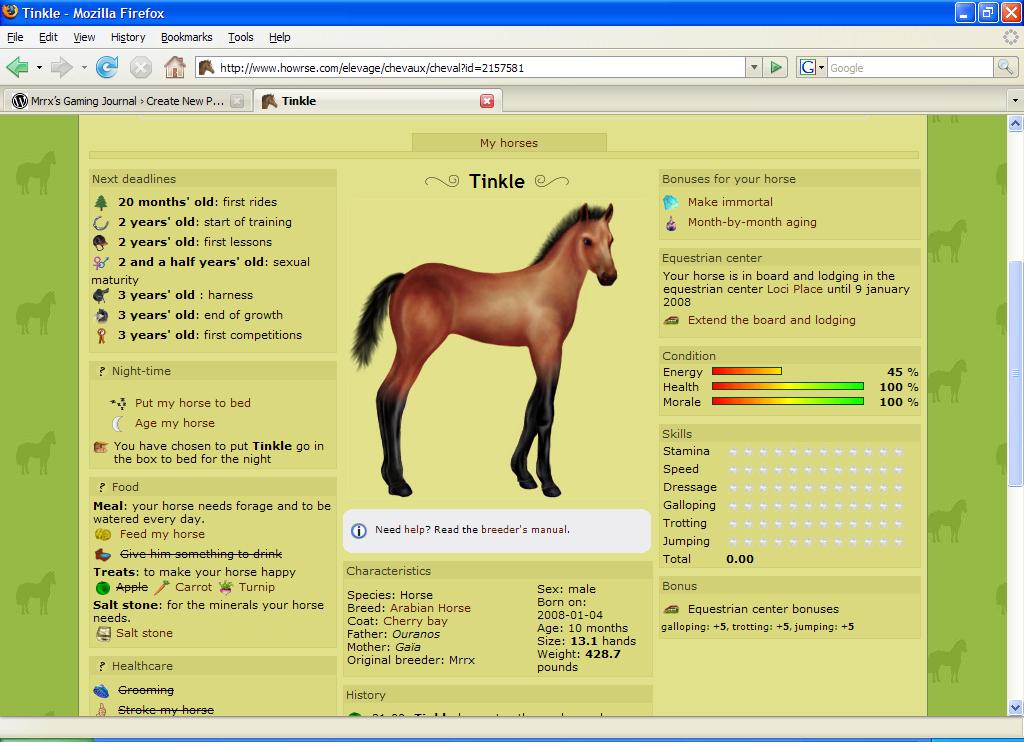 At some point in mid 2008 it was Howrse's first anniversary, and to celebrate, they updated everything. This version I recall a bit better as it lasted up through 2012. It was all tan and changed to a green gradient background with silhouettes of cowboys riding and roping on it and little scrolls here and there. The worded menu (as opposed to the old pictures) was added and EVERYTHING was tan or green. Everything.
We had the black market and we had passes and most everything we have now. I can't recall just what year we got the unicorns and most the BMIs, but we had this version for four years, so we had plenty of time for all the stuff we have to be added, albeit slowly.
We had vets in our ECs and horses could get sick and die from diseases. We gave apples to our own horses and had salt stones for them. I can't remember how you did it but there was a way to get two lessons a day with a horse as well. You still had to decide if your horse went to bed in the box or the meadow yourself.  We kept the same horse coats throughout much of the third version, and it was in the later times of it that they changed to the second coats.
The below video is a lovely demonstration of V2:
There was also the option to choose different backgrounds. I don't know how they found out, but some players gathered links that would allow you to log in to Howrse and see different backgrounds. Some players still have the forum topics up but they don't work anymore.
Here's one of the five or six alternative backgrounds: 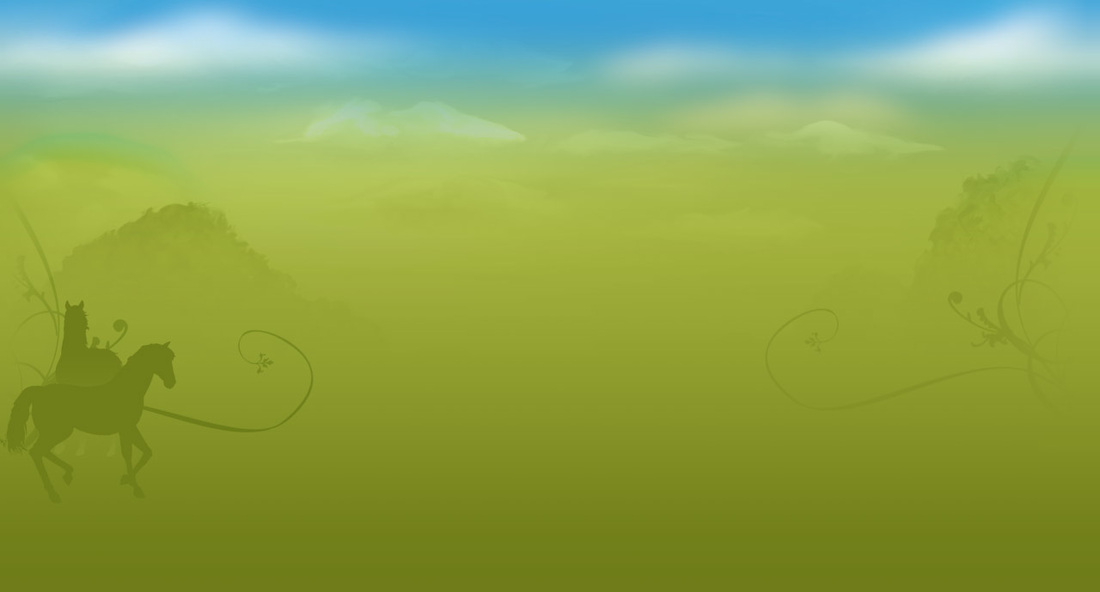 The Third (and current) Howrse- V3

We hardly need a description here, since we have this currently, but if/when we get a V4, I will fill this in. For now though, you can just visit Howrse for V3. :)
HTML Comment Box is loading comments...
yoursite.com page title . . . . . .